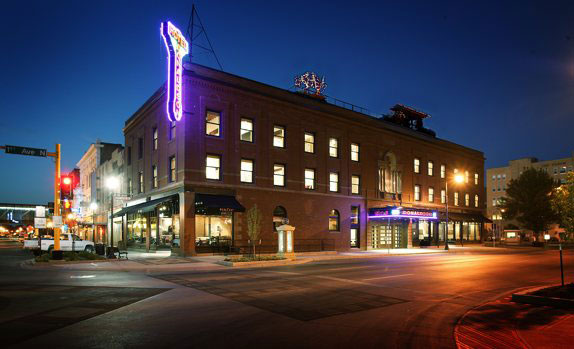 Unfortunately, when most people imagine Fargo, North Dakota, images from the 1996 Joel and Ethan Coen movie by the same name come to mind. Fargo the movie depicts snow-covered fields and sheltered townies with their ya’batcha Norwegian accents. While communities like this do exist in North Dakota, the city of Fargo is not one of them.

Fargo is actually the largest city in North Dakota. It is a left-leaning college town with a thriving downtown, ridiculously cold winters, blazing hot summers, and a variety of outdoor recreational activities available when the sun is shining. During the dead of winter, you’ll freeze to death quickly if you leave the house without some serious Eskimo gear. On average, forty-three nights a year have temperatures that dip below zero.

On the opposite end of the seasonal spectrum, Fargo regularly posts 90-degree days during the summer. For those who do not love the cold, it’s best to visit in spring, summer and fall, when people come out of hibernation to enjoy Fargo’s outdoor activities. Below is a sampling of things to do in Fargo and the surrounding area.

Fargo’s downtown is shaped by the recent and distant past. The Fargo Theatre, looking like it did in 1926, was restored in 1999. It is easy to spot, with it’s Vegas-esque sign that renders “Fargo” with bright lights. The Theatre hosts an annual film competition, as well as film festivals, and shows a wide range of independent and foreign films. The theater is walking distance from a variety of nightlife spots.

On the higher-end of dining is Monte’s Downtown, partly owned by Executive Chef Christian D’Agostino. Monte’s has both a bar and a dining room, and more martini options than you could try in a month. The Hotel Donaldson, or HoDo, is a great option to both stay and dine, with a central location, art-inspired rooms and a large cocktail selection. In the warmer months, visitors can enjoy rooftop seating in HoDo’s Sky Prairie.

The North Dakota Horse Park is run by Horse Race North Dakota, an NGO promoting horse racing in the state. On weekends the park attracts 2,000 people to its grandstand. Racing happens in July and August and the crowds consist of families and out-for-the-summer college students. Fargo is a college town, with almost 25,000 students in the area. Fargo is close to attractions like The Otter Tail River, which attracts summer visitors who rent tubes and tie them together. The result is a communal raft that drifts slowly down the river. Local tip: Most rafters purchase an extra tube to store their beer coolers. 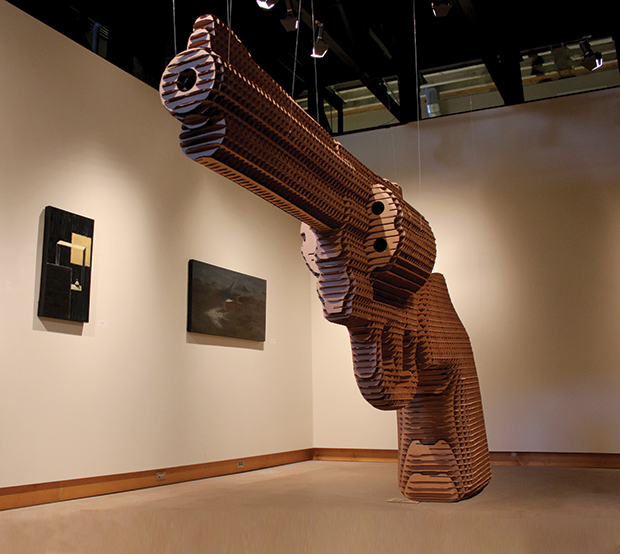 The Great Plains Art Museum in Fargo has a permanent collection of around 3,000 works. Every month they host a special art exhibit featuring artists from the 20th and 21st centuries.

The downtowns of both Fargo and Moorhead are home to clusters of local art galleries, most with open door policies. There are a number of artists inspired by regional and Native American themes, as well as modern forms.

Fargo hosts a variety of festivals throughout the year. Thanks to its unique climate, one of Fargo’s most popular events is the Winterfest in February. The Fall Festival is in September and the German Folk Festival takes place during the summer. Germans are one of the largest ethnic groups to settle the state of North Dakota. In 2004 North Dakota State University’s Bison began competing at a Division 1 level, much to the dismay of the University of North Dakota, its former Division 2 rival. Games also feature an impressive dance team, which would like to remind everyone that they took first place at nationals in 2012 and 2013. Every Bison football game is a citywide event and the Fargodome hits its nearly 20,000-person capacity on most game days. In 2012 and 2013 the Bison football team won the NCAA Division championship title.

Fargo is situated on the north-flowing Red River right across the border of Minnesota and is part of a closely-huddled trio of cities (West Fargo and Moorhead, MN being the others). The main airport, Hector Field (FAR), connects with cities across the United States via Denver, Chicago and Minneapolis airports.

Luke Maguire Armstrong is an author, musician and travel writer who has spent the last six years working in human rights and development from Guatemala to Kenya to The Bronx. His humanitarian work was featured on ABC news 20/20 with Christiane Amanpour and in The Huffington Post, among other media.

Luke is a speaker and author of four books, including “How We Are Human” and “iPoems For the Dolphins to Click Home About.” He is founder and editor of the art, humor, culture site Rabble Rouse The World. Follow him @LukeSpartacus and he will sing you songs.

previous post PHOTOS: How to make chocolate from scratch - lessons from a St Lucia cocoa plantation
next post PHOTOS: Exploring the art galleries of Truth or Consequences, New Mexico