Top 5 ways to travel in Turkey without renting a car 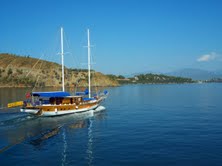 There are few countries as beautiful and as rich in ancient culture as Turkey, which sits on the cultural border of Europe and the Middle East.

With so much to see, it’s impossible to visit the country without getting the urge to go out and explore. But that doesn’t mean that holidays to Turkey need to include jumping on a tour bus or renting a car. In fact, you are much more likely to see and appreciate the best areas if you opt for more independent means of transportation.

Here are five alternative ways of getting around Turkey that will help make your visit unforgettable: 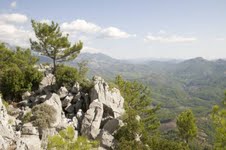 The Lycian Way, which follows the rugged southern coast of Turkey, has been described as one of the best walks in the world. With cliffs and rough paths breaking up the route, the little coastal settlements you’ll pass through are only really accessible on foot. As a result, at times you’ll think the trek has deposited you back to a time when Alexander the Great ruled the area, and you’ll get to see some of the most unspoiled parts of Turkey.

Almost any visitor to Turkey will find themselves using some form of bus service, and travelers are often pleasantly surprised by the experience. Buses in Turkey are quick, clean, and, in some cases positively luxurious. Once you’ve seen the historical sights of Istanbul, travel to Ankara to see the Citadel, and you’ll find yourself being served drinks and snacks by a steward, offered free wifi onboard, and shown movies to keep you amused along the way.

If you’re looking to get anywhere in a hurry, avoid trains at all costs. They’re basic, slow, and there are almost always delayed. However, if you’re looking for a leisurely way to experience the diversity of Turkey and to see some staggering panoramas, there’s nothing like the view from a Turkish train window. The route from Istanbul to Tatvan, on the edge of Lake Van, takes nearly 40 hours, which is the longest non-international journey you can make on a train within Turkey. But for anyone who is up for the challenge, the voyage is absolutely worth it.

Turkey has a long tradition of boat making, and with some of the most spectacular coastline and brightest green-blue water, the country’s seas are waiting to be discovered. A voyage on a “gulet”, one of the classic wooden Turkish boats, is an absolute must and can easily be arranged from any of the port towns. If you are up for a real adventure, plan a multiday trip that involves sleeping in the cabin of the boat. You will wake up every morning to the sound of the waves and can catch your own lunch on a fishing line.

The Aegean Coast makes for some excellent bike riding, but if you’ve seen enough of Turkey’s beautiful beaches try a bike ride through the Lake District in the Taurus mountains. This area is sparsely populated and underdeveloped, so you’ll get a peak at the way things used to be as you bike between little villages and past the nomadic Yoruk people who still wander the hills with their cattle.

Have you traveled in Turkey?