Canucks riot shocker: Canadians not so polite after all! (video) 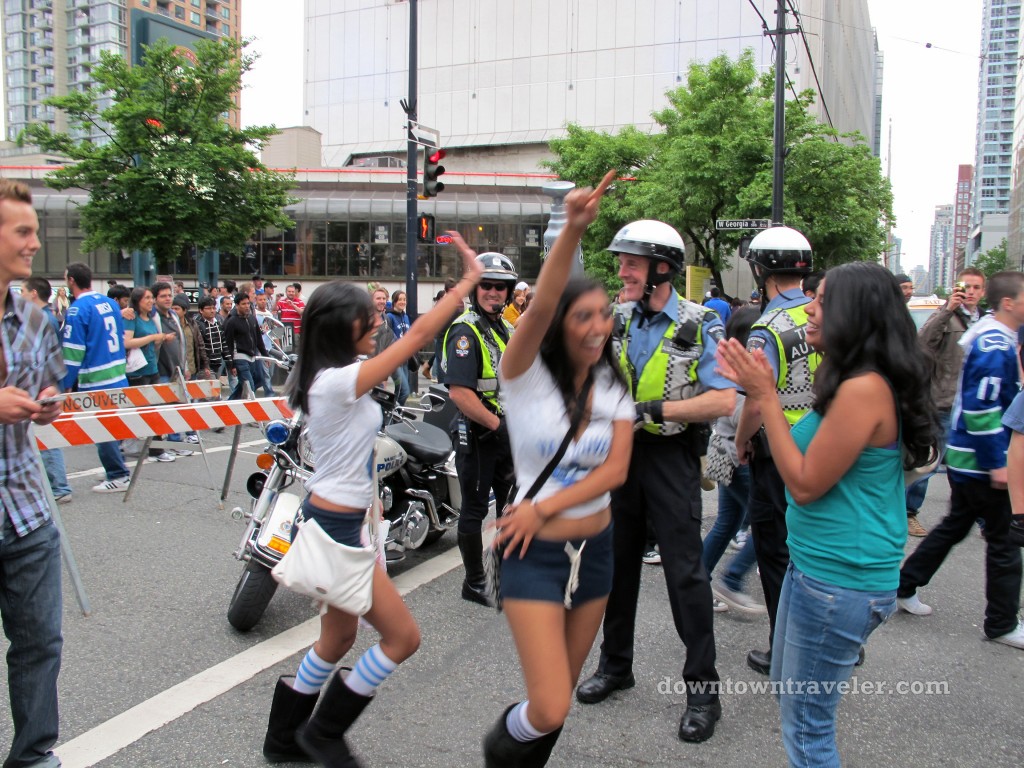 Like many Americans, I envision Canada as a kinder, gentler version of my own country. This image has taken a hit following last night’s Canucks riot in downtown Vancouver. Canadians didn’t join our 18th century revolution against the British crown and they still have Queen Elizabeth’s image on their coins. They also say adorable things like “aboot” (instead of “about”), which I find endearing.

My visit to Vancouver last week for the TBEX conference confirmed my image of Canadians as a polite, orderly people. The city was clean, the locals were helpful with directions, and the metro system ran smoothly.

I watched game 5 of the Stanley Cup finals with 100,000 Canucks fans on the streets of Vancouver and felt totally safe. The mood was upbeat and cops freely dispensed high fives to fans. Canucks fans on June 10, after the Canucks beat the Bruins in Game 5 of the Stanley Cup finals. Photo: L Koch

A massive street riot broke out in Vancouver last night after the Canucks lost the Stanley Cup to the Boston Bruins. Riot police moved in as looting, fistfights, and fires swept across the city.

At least eight people have been treated for stab wounds and ten cars were set on fire, the New York Times reported on Thursday. The Times article included comments from Vancouver’s mayor:

“It is extremely disappointing to see the situation in downtown Vancouver turn violent after tonight’s Stanley Cup game,” Mayor Gregor Robertson said in a statement released two hours after the game ended.

“Vancouver is a world-class city, and it is embarrassing and shameful to see the type of violence and disorder we’ve seen tonight,” he added.

ESPN reported that looters grabbed t-shirts, MAC cosmetics and even a mannequin during the mayhem. NBA star Steve Nash, who hails from nearby Victoria, urged fans to end the violence in a Twitter post:

“We’re a great city and have a lot of class. Our team is great and our championship will come. Soon.”

Rioting took place in front of the hotel I stayed in just four days ago, the Comfort Inn. This was also the scene of a street party on Friday, following the Canuck’s game 5 win. Clearly, the rioters are not the best and brightest Canadians. At least one clueless participant boasted about his crimes on Facebook, leading one friend to reply, “take this down!!! its evidence!” 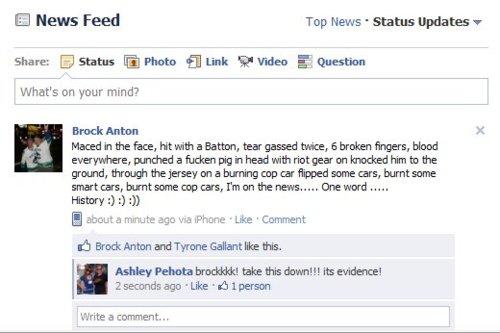 The riots are making headlines around the world and aren’t doing much for Vancouver’s image. However, after spending several days in Vancouver last week and meeting a number of law-abiding Canadians, I still have a positive impression of the city.

During the street party for the Canuck’s 1-0 win on Friday, I saw fans celebrating peacefully. It was hard to resist their enthusiasm, and many TBEX attendees became instant hockey fans.

I am proudly one-fourth Canadian (via Nova Scotia) and have often considered applying for dual Canadian citizenship. Perhaps one day I will settle in Vancouver; it certainly is a lively town!