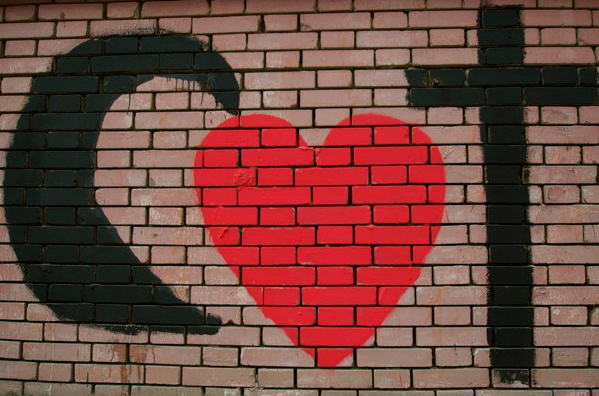 Last week I posted a photo essay of revolutionary Cairo street art. Since I don’t read Arabic, I wasn’t sure of the meaning behind the artwork. Fortunately, readers jumped in with translations that shed light on these powerful works of art.

Scroll down for explanations of last week’s street art and for additional images.

Special thanks to Lena Olofsson of Galaxia Tours, Giulia Cimarosti of Travel Reportage and Dave of The Longest Way Home for sharing their insights with us! I thought this symbol contained an ancient Egyptian ankh, but it’s actually a Christian cross.  The combination of the crescent and cross is meant to promote religious tolerance, and appears throughout Cairo in various forms.

“This is the symbol of Christianity and Islam and the text says ‘brothers & sisters’ . Meaning we are all one!” Galaxia Tours director Lena Olofsson explained in an email. “Very often you see a similar sign with the text ‘I am Egyptian and I am against terrorism’ meaning we are Egyptians no matter religion and no one can cause a break between us through terror [acts].”

“The symbol of cross (not anhk) + crescent is the symbol of unity between Muslims (crescent) and Christians (cross), and the writing says ‘brothers’.”

It’s refreshing to see a symbol of religious harmony in Cairo, considering recent news reports of sectarian clashes. Over the weekend, a violent fight between Christian and Muslim groups resulted in 12 deaths. While news reports focus on religious conflicts, there are clearly Egyptians who embrace tolerance.

Dave, a blogger who has lived in Turkey, Iran and Pakistan during a six-year journey around the world, also identified a message of unity.

“I don’t believe the symbol on the right is an Ankh, as the top of an Ankh is usually symbolized with a loop. In this case I believe the street art is comprised of a crescent moon (left, used to symbolize the Islamic faith) that is intertwined in “unison” with a Latin / Greek Christian cross, right),” explained Dave. “The meaning? I think this is an artist’s representation that Islam and Christianity should be, [or] are, united. Or, perhaps more prevalent, are one in the same.”

In March, Giulia of Travel Reportage accompanied a group of young Egyptians as they decorated the Zahraa el Maadi neighborhood with street art. Several of the murals promoted religious tolerance, like this “Muslims Love Christians” piece. 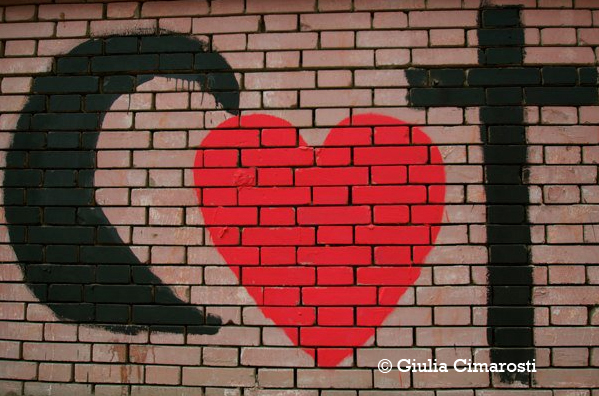 “It’s one of the many projects that came after the Revolution. Guys and girls cleaning their area and painting the walls to make it nicer… 🙂 this happened a lot around Cairo!” 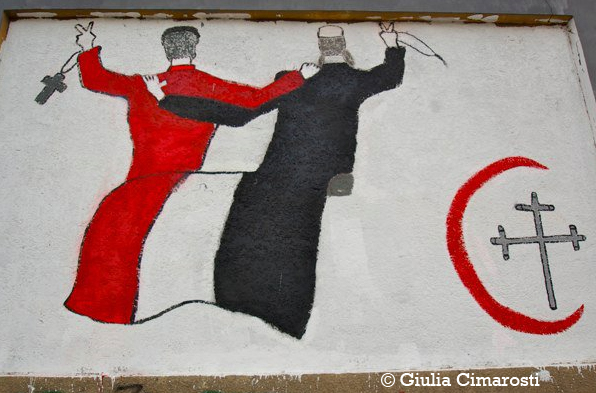 The street art created by young Egyptians reveals a strong sense of national pride and optimism about the future. The murals bear slogans like, “No Way Back,” “We Make a Better Tomorrow” and  “January 25.” 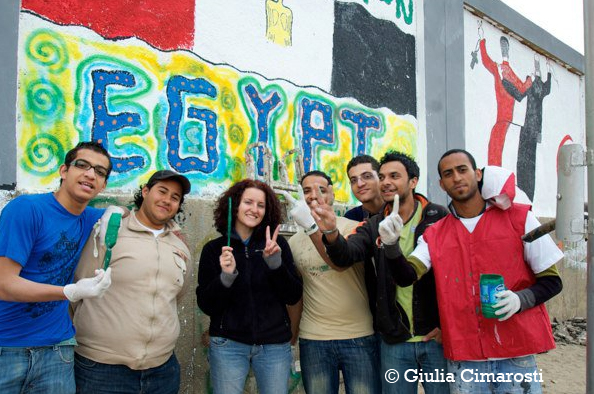 Several of the street art murals I featured last week are tributes to Egyptians who were killed during the revolution. This mural honors Abd el Latif, an engineer and “martyr” of the revolution, Lena Olofsson explained in an email.

“A lot of people where killed on the bridge itself during 28 and 29 of January when the police and armed civilians belonging to Mubarak turned violent on the protesters.” Lena identified the men in this artwork as Mustafa El Sawi and Ahmed Bassiyouni, two Egyptians who lost their lives in the revolution. The text reads “glory to the revolution” and lists their names. (For more information on the victims, visit 1000memories.com). Lena provided additional insight into this English and Arabic graffiti, located opposite the tribute to El Sawi and Bassiyouni.  It reads,

This is the latest in a series of reports on the “Restoring the Journey” trip that brought US tourism leaders to Egypt and Jordan to investigate travel safety. I accompanied the delegation, which was sponsored by local tourism ministries.