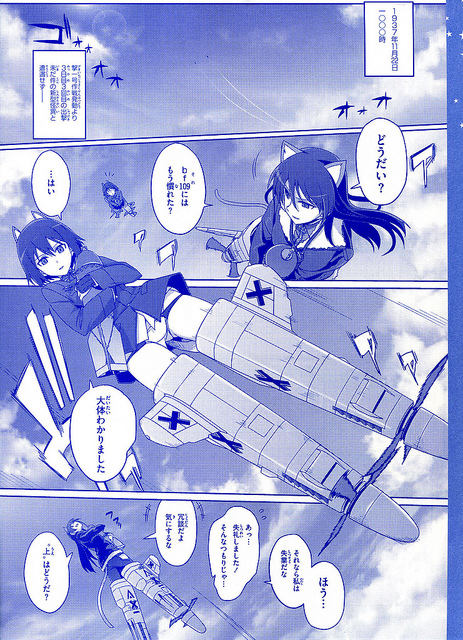 Today’s post is written by Larry Conti, a New York blogger and designer with a passion for Japanese pop culture.

With New York Comic-Con already in the rear view mirror for manga and anime fans, there’s still reason to rejoice. The new year brings us several great Japanese comic releases that will slake your thirst for pure manga magic. Japan’s mainland is assaulted by a massive earthquake, which in turn completely destroys most of bustling metropolitan Tokyo. A decade later, Ganta Igarashi, a seemingly normal middle school student (and a survivor of the dreaded earthquake incident) is living each day with no memories of the horrific tragedy. His world is once again turned upside-down as a raving blood-covered maniac in a crimson suit of armor invades his classroom, quickly slicing and dicing his classmates in a brutal ballet of blood and gore. Ganta is saved for last, but the creature embeds a strange red crystal in his chest and vanishes. Within days of the tragedy, Ganta is declared the sole suspect. After a speedy and completely unfair trial, he is sentenced to death, and incarcerated in Deadman Wonderland, a massive theme park-like prison. This series is quite entertaining and original, especially with the inclusion the ‘Corpse Carnival’ a sort of Olympic event where prisoners compete to stay alive, the winner being the last one standing, literally.

This intriguing series is set in an alternate Earth, resembling the mid-twentieth century. A small group of brazen young women with magical powers are recruited into military organizations around the world to combat the Neuroi, an exceptionally cruel alien race. Thus, the Strike Witches are born. Each ‘witch’ is equipped with a unique machine onto their legs, the Striker Unit, to increase their potential powers during battle. This might look quite odd at first glance, but they gain the ability to fly, exhibit superhuman strength to wield powerful weapons far too heavy and powerful for a normal person. The battle rages on between our sugary sweet heroines and the rapidly advancing extraterrestrial horde. Can Earth be saved?

In an unknown time and space, two rogues will do anything, for anyone, for the right price. They are known as ‘Benriya’, or jack-of-all-trades. Times are tough on the rough streets of Ergastulum, racial tension runs high as an uneasy balance is kept in check between humans and the superhuman ‘Twilights’. The Benriya operate independently, taking whatever jobs they can from both the mafia and the police. As they play both sides of the fence, things get heated quickly. Their first mission is to bump off roughneck Barry the Pimp, and his prize moneymaker, Alex. There’s definitely more to this seedy task than meets the eye. Gangsta evokes a certain classic cult noir-ish feel, which pairs well with the mystic overtones, without being completely over the top.

by Nakaba Suzuki
Published by Kodansha, May 2014

The Seven Deadly Sins were once a strong band of super-powered knights defending the kingdom of Britannia. They were disbanded after they had been accused of trying to overthrow the monarchy. They were bested by the Holy Knights, but are rumored to still be alive. The Holy Knights in turn ousted their king and took power for themselves. Princess Elizabeth, and the quick-witted warrior, Meliodas, go in search of the lost legendary Seven Deadly Sins, to rid the kingdom of these bloodthirsty titans. With a whimsical art style, exotic fantasy locales, and engaging storyline, this is by far the one I’m waiting anxiously to get my grubby paws on.

Global warming and rising sea levels have left much of Earth’s landmass underwater. In 2039, the Fleet of Fog, invading sentient battleships, armed with advanced technology and weaponry, have mysteriously appeared. They’ve destroyed most of our military might and impose a worldwide naval and aerial blockade, preventing humanity from traveling the high seas. Blue Steel, a group of privateers, led by Gunzo, have come across a Fog submarine, and commandeered it, along with it’s lovely humanoid avatar, Iona. What secrets does the defected ship hold? Can Iona hold the key to defeating these invading alien pirates? First they must deliver top-secret blueprints for a powerful weapon from Japan to the United States, can they pull it off? This fresh title is an adrenalin–pumping rollercoaster ride peppered with enough tactical twists to keep you guessing until the very end.