Get touched by a serial killer at the Nightmare: Killers Haunted House (2012 review) 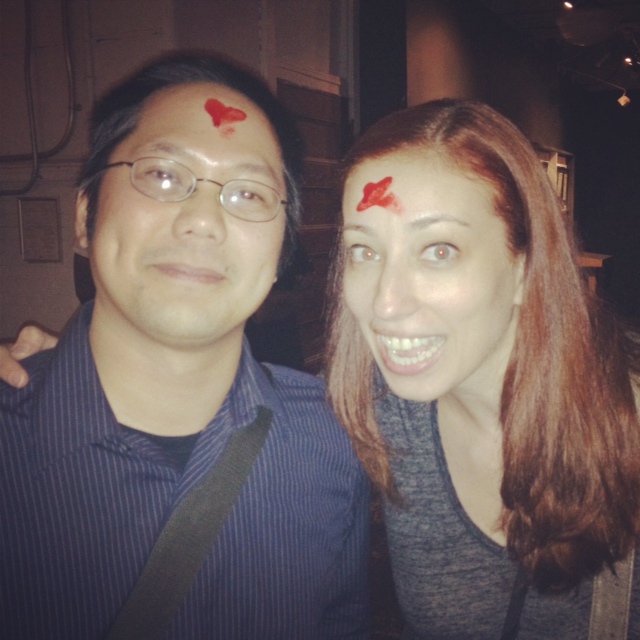 When asked if you want to be touched by haunted house performers, always say yes!

Nothing is scarier than serial killers. The thought of real people savagely taking the lives of unsuspecting victims is more disturbing than any installment of Hostel. From the mild-mannered appearance of Midwestern killer Jeffrey Dahmer to the creepy, clown-loving John Wayne Gacy, hearing about these real-life crimes sends a chill down my spine.

So it’s only logical that New York’s “most horrifying” haunted house, Nightmare, would feature serial killers as its 2012 theme. 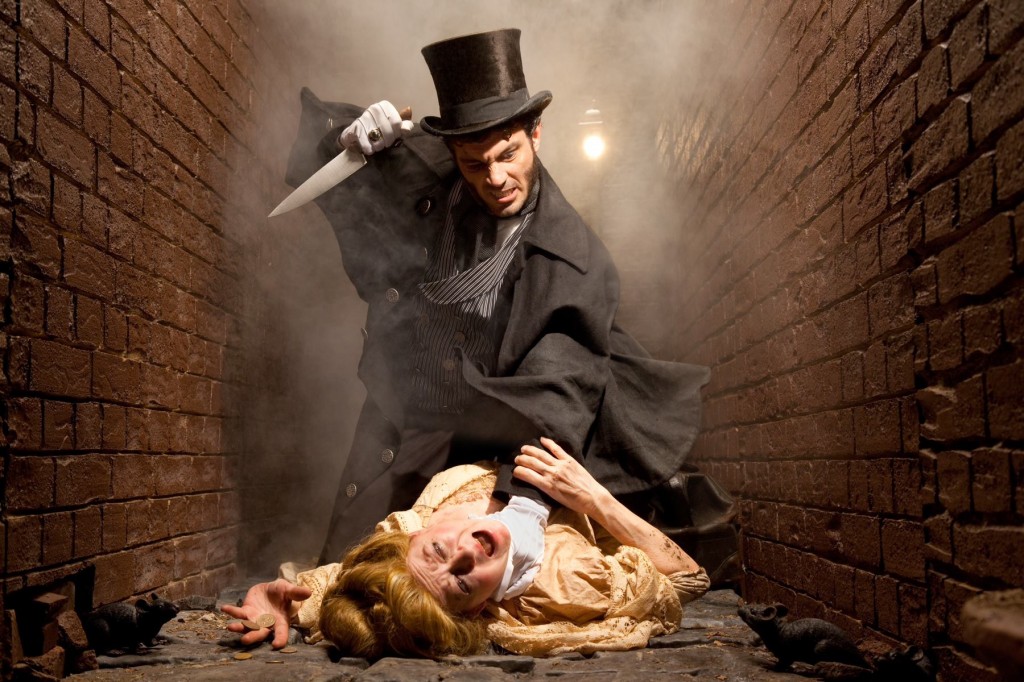 Jack the Ripper is among the serial killers at the "Nightmare: Killers" Haunted House. (Photo: Joshua Hoffine/Nightmare)

This year’s KILLERS: A Nightmare Haunted House takes visitors through the kill rooms of the world’s most frightening mass murderers, daring you to confront your fears. It’s a return to form for the haunted house, which failed to captivate visitors last year with its ill-chosen “fairy tales” theme. This year’s haunt is as bone-chilling and visually breathtaking as its 2010 show, Nightmare: Superstitions, which was set in an insane asylum.

In an interesting twist this year, you can now opt to be touched by the performers at Nightmare. This adds an extra level of anticipation, in case you weren’t sufficiently scared by pitch-black rooms, blood-curdling screams and heaps of bloody gore.

While Nightmare’s serial killer theme has inspired some controversy, it’s clear the real-life killers are meant to inspire terror and are not being glamorized. (Although the art exhibit just outside the haunted house straddles the line between fan art and history lesson).

Make sure to visit Nightmare: Killers this Halloween season– and bring a friend to hug when the lights go out and the serial killers attack!

>> Spoiler alert: Keep reading for select highlights of this year’s Nightmare haunted house. This is not a detailed walk-through, but describes several rooms and characters. Horror blogger The Jaded Viewer and I were marked with 'blood' at the start of Nightmare: Killers, to show we were willing to have physical contact with performers.

Touched by a Killer

“No touching” has long been a rule at the Nightmare Haunted House, so I was surprised when creator Timothy Haskell approached the line of bloggers and reporters at the press preview and asked, “who wants to be touched by the performers?”

Not wanting to appear scared, I tentatively raised my hand and Haskell dabbed red paint on my forehead. Our group of 7 writers was about evenly split between those with an ominous blood mark and those who declined. (Most dubiously cited hairstyle concerns and not fear as the reason for opting out).

I immediately faced the consequences of my decision, as a cast member grabbed me the moment I stepped inside the haunted house and pushed me against a wall. I glanced at my friend Nidhi, who seemed quite happy with her decision not to bear the mark.

The anticipation of being touched was more frightening than the touching itself, as the performers stuck to mild pushing and jostling. Thanks to the red mark, however, I was singled out for abuse by Jack the Ripper. The British villain cornered me, whispered creepy come-ons in my ear and drew a line across my throat with his finger.

While I knew this was an actor who couldn’t actually harm me, the attack by Jack the Ripper was an intense moment that put me in the shoes of an actual victim. It provided the same adrenaline rush that I’d later experience at the Blackout Haunted House, which requires you walk through alone, but with the added comfort of having a friend nearby.

As in prior years, Nightmare cast members singled out a member of our group and banished him to an isolated area for about five minutes. When he rejoined us, he was short on the details… but with the new “touching” policy, visitors will likely experience a new level of fear during this isolation exercise.

The art direction of Nightmare is also impressive. While I love the campy, gore-filled rooms of the Blood Manor Haunted House, Nightmare takes a more refined approach. Tables are filled with plates of artfully rotting food; cross-dressing killer Ed Gein wears a perfectly dowdy, mid-century house dress; and the Zodiac killer room feels like it was ripped from a cult ritual.

I was amazed by the white-out room that depicted 19th-century female serial killer Jane Toppan as the “Angel of Mercy.”

My eyes blinded by the light, I could make out a life-size angel with immense, intricately crafted feather wings. A strong chemical smell (which I suspect was paint or glue used in the installation) forced me to leave the Angel room after a few moments, but I would loved to have spent more time examining the details.

Nightmare distinguishes itself from other New York City haunted house with its theatrical aspirations. You get the sense that the young actors relish their roles, and their character development goes beyond the typical screaming and lunging at unsuspecting visitors. The very first serial killer room in Nightmare haunted house is more thoughtful than scary. An actor portraying Jeffrey Dahmer gives a haunting monologue while his skull is trephined with a power drill by a second Jeffrey Dahmer. It was a great visual, and I’m still pondering the meaning.

As with the Dahmer room, the Albert Fish room was focused more on theatrics than terror. A grieving mother sat in a kitchen, mumbling about her loss while images of child victims flashed on a TV screen. While this was an interesting performance, we weren’t quite sure what to do next. Was someone about to lunge out at us? Should we just go on to the next room?

Since I attended during the press preview and creator Tim Haskell warned us to expect some kinks, I’m betting that the transitions will be a bit smoother during the normal run.

One strange divergence from the serial killer theme was a room featuring a man with close-cropped hair and an olive green shirt who bore an uncanny resemblance to Dexter. While he was sufficiently menacing, his portrayal of a Showtime TV character was at odds from the rest of the cast and was decidedly less frightening. Everyone knows that Dexter only kills the guilty!

KILLERS: A Nightmare Haunted House delivers heart-pounding thrills and haunting images that will stay in your head for days. Be prepared for sensory overload as you navigate from pitch-black rooms to blinding floodlights, while struggling to avoid crazed serial killers. To experience the full Nightmare experience, opt to be “touched” by the cast members.

Did you enjoy this post? Sign up for our monthly newsletter to get updates on art, culture and adventure attractions in cities around the world. Just enter your name and email in the box located in the upper right corner of this page. No spam, we promise!

previous post Should you upgrade your iPhone? Pros and cons of the iPhone 5
next post San Francisco's best walking tours - from foodie adventures to hippie haunts