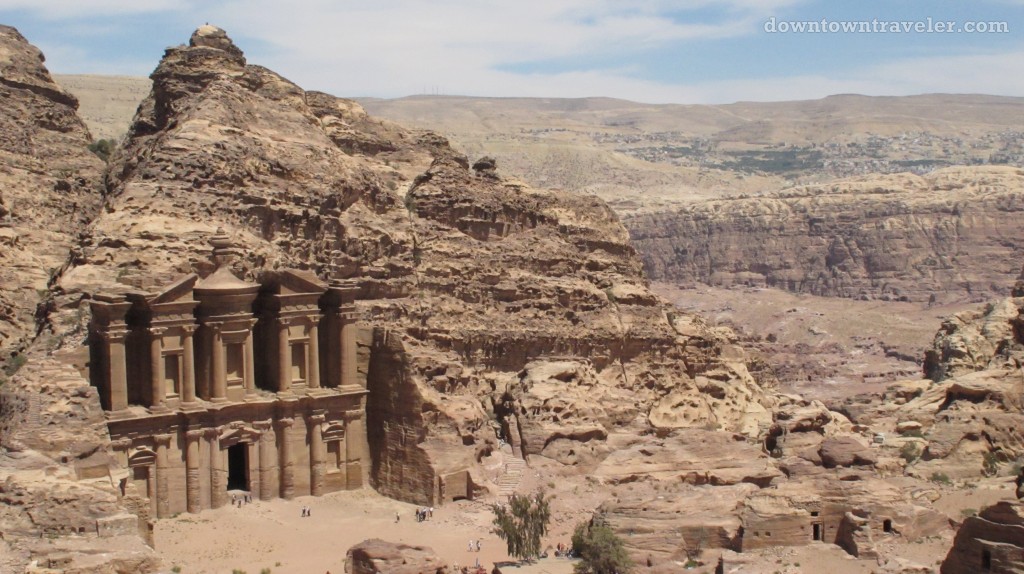 On Tuesday, @VisitJordan ranked as the 17th most influential tourist board online, according to the Influencers In Travel website; it outscores countries with much larger populations and tourism budgets.

How did a Middle Eastern nation with only 6 million residents achieve so much positive buzz?

The Jordan Tourism Board has sponsored over a dozen blogger visits this year, with two main objectives: to counter safety concerns and to showcase its diverse attractions.

Nayef H. Al-Fayez, Managing Director of the Jordan Tourism Board, explained the value of blogger outreach in an email interview with DowntownTraveler.com.

I met Al-Fayez in late April when I traveled to the Middle East with a delegation of U.S. tourism leaders. The purpose of the trip, which was sponsored by the tourism ministries of Egypt and Jordan, was to investigate travel safety.

Before heading to Amman, I read a number of blogs written by recent visitors; their upbeat stories and real-time photos assuaged any safety concerns I had about visiting Jordan.

“I think inviting in multiple bloggers with their different styles and voices and interests was brilliant,” travel blogger Michael Hodson said of the Visit Jordan campaign.

The Go, See, Write founder visited Jordan this spring on a sponsored trip. Hodson has received positive feedback from readers who were not familiar with Jordan. “Some people were unaware of the beauty of Jerash or that I was capable of enjoying a 5-star luxury spa stay near the Dead Sea,” he said in an email.

Hodson believes blogs have a key advantage over traditional publications:

“Unlike print outlets with long lead times to run stories (sometimes up to a year), inviting a travel blogger in means you are going to get your material up almost immediately, which in Jordan’s case, with unrest in the Middle East around it, was a priority of theirs.”

To learn more about the value of blogger outreach, scroll down for the full interview with Nayef H. Al-Fayez. I met Jordan Tourism Board's managing director Nayef Al-Fayez in April 2011, during the "Restoring the Journey" trip to Jordan and Egypt.

What is the goal behind your blogger outreach campaign?

Bloggers differ from traditional media outlets because they give a more realistic, firsthand account of the country they are visiting, especially in times of special circumstance. What is more, their coverage is more immediate and can sometimes be more influential. People can relate to the person writing the blog and can depend on their honest, unbiased perspective. A blogger’s integrity is closely tied to their ability to provide a real, honest and unselfish view of their experience; it is what makes people relate. We needed people whose opinions are highly-regarded and genuine to make sure people trusted that Jordan was indeed safe, and not only that, but that it had so much to offer, any time of the year.

How many bloggers have you invited to visit Jordan this year, and how do you select them?

We invited 16 bloggers to Jordan. [Editor’s Note: See below for a detailed list and blog links]. We based the selection on the content and type of blog, the bloggers themselves and their own interests, and of course, their audience. We wanted to invite those that would enjoy Jordan, as well as those that could best showcase the many experiences and activities that Jordan has to offer. We didn’t stick to one kind of travel blogger; we got the ones interested in history, those interested in eco-tourism, those interested in adventure, and those interested in food, among many others. It was the best way to showcase the different aspects of our beautifully diverse country. The ancient Monastary in Petra, Jordan. Bloggers have written about Petra as well as lesser-known attractions.

How will you measure the success of your blogger outreach campaign? What impact have you seen so far?

The results speak for themselves. For one, Jordan’s online presence has increased significantly, with people actively searching for Jordan and seeking more information about it. Jordan was on everybody’s mind; word of mouth was traveling fast with people reading the wonderful coverage provided by the bloggers. Jordan was, and is, THE destination to visit. Not only that, but we have received many comments from people, whether by email or on our social media accounts, expressing how Jordan is now a destination on their bucket lists and must-travel-to lists. Many of them have even already planned their trips to Jordan based on a blog post they’ve seen, so the results have been somewhat tangible even.

What is more, the great content provided by our bloggers contributed to us being ranked as one of the Top 25 Most Influential Tourist Boards and DMOs online by Influencers in Travel, which is another indication of the power of social media and the impact it can have. I met friendly schoolchildren in Jerash. Blogger Janice Waugh wrote about a similar experience on SoloTravelerBlog.com.

As part of our e-marketing strategy, we are aware of the need to be present on social media networks. Social media is a force to contend with. Twitter, Facebook, and blogs are quickly becoming the go-to source of information. It is crucial to be present on those media portals, as they are effective ways to reach out to people and effectively interact with them.

So often social media is used to sell in pushy ways, so it is important to note that we don’t “sell” ourselves on those accounts; we merely share the great things Jordan has to offer. We don’t believe we have to be forceful to be able to convince people that Jordan is a great destination, as the facts speak for themselves. Several bloggers have written about Jordanian cuisine, which is vegetarian-friendly.

What inspired this campaign?

When the domino effect of the revolution in Tunisia started, and Egypt was the latest country to be gripped by revolution, we immediately focused on the quick and fast relay of information that Jordan was safe. So often traditional news outlets sensationalize actual events and so we relied on the genuine approach of firsthand experience. People needed a source to trust, to give them a clear picture of the situation. We value the power of bloggers and their reach in circumstances such as these, and they were able to provide a firsthand, honest account when it was most needed. Jordan was always safe throughout the whole time of revolution in the Middle East and all we needed was to make sure people were aware of that.

Are there other tourism boards or organizations you think are “doing it right” when it comes to social media outreach?

We really can’t comment on the work of others. All we know is we did the best we could during a difficult time, and are very pleased with the positive responses that we have been getting. The skyline of Amman, Jordan, known as the "White City."

Check out www.visitjordan.com , as well as the tourism board’s Twitter feed (@visitjordan) and Facebook page for travel information, news and upcoming events.

The following bloggers have recently visited Jordan on sponsored trips. These articles are just a few examples of their Jordan coverage.

ThePlanetD – “Petra by night in photos”

SoloTraveler – “The wonderful children of Jordan”

A Little Adrift – “Finding the cultural norms in Jordan”

LandLopers – “Trekking through Jordan: The itinerary”