Do you love to watch classic Christmas movies that were made before you were born?  Do you get all nostalgic when watching Miracle on 34th Street or It’s a Wonderful Life?

If so, then you should stop reading now.  Frankly, those movies do nothing more than put me to sleep.  I don’t mind if Christmas films are a little bit corny, but they have to be entertaining and– most importantly– funny.

Below are my picks for the funniest Christmas movies of all time. 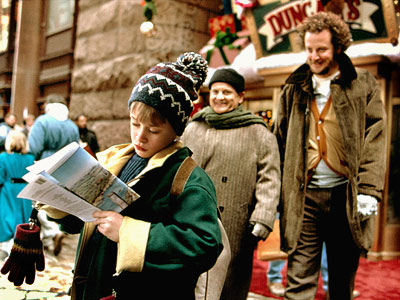 Nothing spreads Christmas cheer like watching a young child ruthlessly hurl cement bricks off of a four-story building directly onto a man’s skull.  The sheer brutality dealt out in this movie by ten year old Kevin McCallister is comedy enough, but throw in an incredibly creepy homeless pigeon lady and you have a near perfect Christmas film. 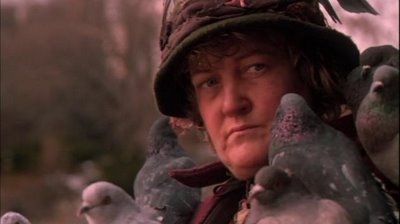 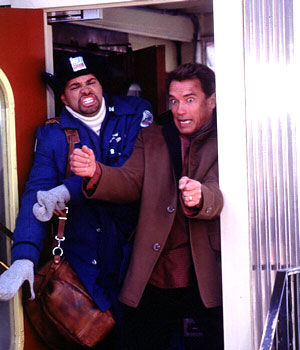 Ok, I admit, this movie is pretty cheesy and not great in the traditional sense.  But the (often unintentional) comedy of Sinbad and Arnold Schwarzenegger helps make it a Christmas classic.  Trying to believe Arnold, with his enormous physique and thick Austrian accent, as a typical harried suburban dad makes for lots of laughs.   The movie also gets points for co-starring the late Phil Hartman as a complete jerk of a neighbor. 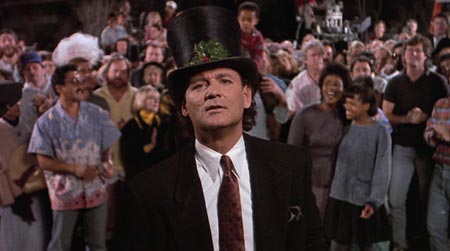 This was one of my favorite movies as a kid. Scrooged is a clever adaptation of Charles Dickens’ holiday classic, A Christmas Carol.  Bill Murray, as selfish TV executive Frank Cross, is such a colossal prick that it makes this one of his best performances ever.

The most recent movie of the top five, Bad Santa stars Billy Bob Thornton as an alcoholic degenerate who poses as a shopping mall Santa in order to rob a mall on Christmas eve.  He’s aided by a wisecracking dwarf sidekick.  With a plot like that, how could it miss?   Thornton’s filthy one-liners and outrageous behavior make for an instant classic. 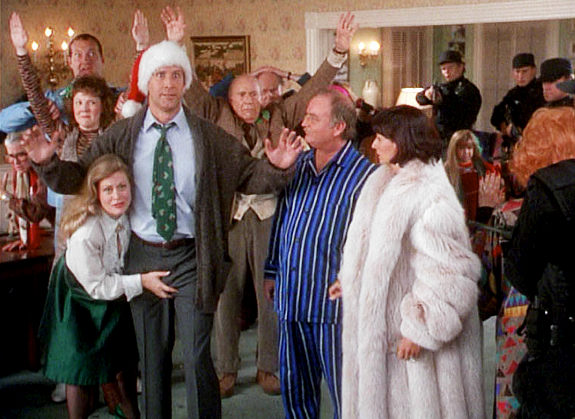 The funniest of all Christmas movies, Christmas Vacation is also the most relatable.  From the senile grandparents to the trashy cousin and the selfish boss, everything about this movie rings true.  Clark Griswold’s epic meltdown in the final scene is one of the most memorable moments in Christmas movie history.