Forget Paris! Why UK getaways are just as romantic

Today’s sponsored post was written by Marienne Grey, an editor at Wahanda.com who hails from London.

When it comes to planning a romantic vacation, most people (myself included) think of destinations like Paris or Rome, with premonitions of red roses outside Notre Dame or being spoon-fed gelato on the Spanish steps. 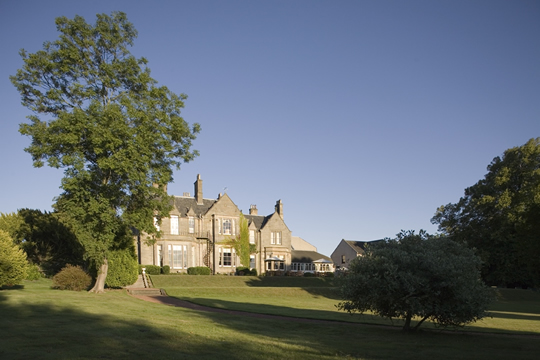 My boyfriend is not one of those people. He believes that a relaxing, romantic getaway doesn’t have to include classic Kodak moments or a pricey Eurostar ticket.

No, my boyfriend believes the perfect romantic getaway is close to home.

While I might have been a little disappointed the first time he handed me a train ticket to a destination within the UK, rather than a 1st class boarding pass to Venice, I have to admit he has a point.

When you plan your romantic escapes within the UK, you don’t have to fork out quite as much for travel which means you get to go on more trips!

Even better than this money-saving realization was the discovery that the UK is a far more romantic country than I’ve ever given it credit for.

Born and raised a typical Londoner, I always believed going abroad was more exciting than exploring the country I grew up in. But while the UK might not be famous for its exotic culture, weather or food, I’ve come to see it has a rich, romantic history and the landscapes and legends to make for the perfect romantic getaway – just leave the bikini at home.

I’ve come to be something of an advocate for romantic trips around these fair isles, returning from weekends away and telling friends they haven’t experienced romance or relaxation until they’ve bathed in the ancient Roman pools in Bath (a great place for spa breaks for couples), taken in the breath-taking landscapes from the banks of Loch Lomand or walking along the wild and windy beaches of the North Cornish Coast – getting lost in the cliffs, coves and legends of King Arthur.

We once spent a cozy weekend staying in a traditional cottage and taking in the sights and sounds of the Cotswolds in western England. We’ve also combined a spa break in Scotland with sightseeing in Edinburgh – which I now believe to be one of the most picturesque and romantic cities in the world.  On another memorable trip, we spent a few days as well wandering through Cumbria in northern England near Hadrian’s Wall – a Roman frontier wall and supposedly where writer Sir Walter Scot proposed to his wife.

I’ll admit, sometimes nothing beats a hot, sandy beach, and the idea of jetting off to unknown lands will always be more enticing than driving in your home country, but if you’re ever looking for something last minute, have run out of air miles or simple fancy some good old fashioned (and I mean medieval old) romance, the UK has a lot to offer.

Have you traveled in the United Kingdom?